A Mutt Person by Nature

I had never even considered buying a purebred Miniature Schnauzer because I would consider myself to be an average-sized mutt person by nature.

I grew up with a powerful German Shepherd Collie mix named Useless. She was a member of the family and lived a long and hearty life.

After Useless passed away, another German Shepherd Collie mix named Pizon came to live with us. We changed her name to Sheba.

Protecting a household did not come naturally to Sheba. Our family had to teach her to bark if someone rang the doorbell! Everyone in the house started to bark when someone came to the door - everyone looked and sounded foolish barking at other people.

We simply wanted her to learn that she had a role to play in terms of alerting everyone when people came over to our house. Eventually, she got the hint and turned into a watchful dog. She just needed training.

At the time, I didn’t know that people paid money for their dogs or that purebreds even existed! It seemed like my two mutts were the only dogs worth having in any home. Choosing to pick up a dog at the Humane Society seemed to be the only way to obtain a pet.

My mindset changed after meeting a Miniature Schnauzer at an animal store several years later. I was surprised to discover that dogs could be considered a worthy household investment. Growing up with Useless and Sheba formed many of my ideas that later changed. While I still love and respect the average mutt to this day, I broadened my household horizons by buying a stubborn Miniature Schnauzer named Hyper.

I happen to snag an apartment that allowed pets as part of the deal one year. Most rental units, in my area, only allow hamsters. Our prospective apartment manager specified small dogs only in the agreement.

My son, who was ten at the time, and I wanted to add a dog into the picture. I called around and found one place that had a dog under the required 20 pounds for sale.

We drove to the animal store and met a funny-looking Miniature Schnauzer. I can’t claim that I was impressed, at first, by this tiny Schnauzer. She didn’t even have a tail! 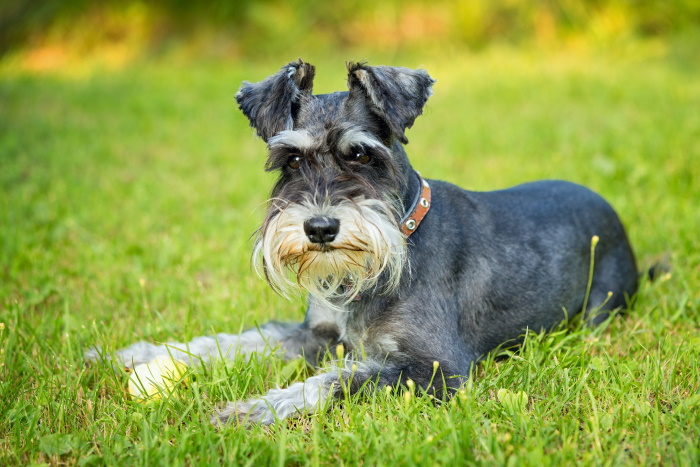 The associate suggested that my son and the little pup go into a room and find out if it was a good match for all of us. The little Schnauzer formed a strong connection with my son right away. He looked at her and said, “You’re Hyper!”

The salesperson then informed me that the business would cut the price if we wanted to buy her. It was love at first sight between Hyper and my son. We just had to have her, so I agreed to come back the next day and bring her home.

She made herself comfortable after I picked her up. She got into everything and we decided to name her Hyper. She was like a busy toddler! She ate everything in sight and would even get into a cup of coffee if left unattended. We learned to treat her like a child and had to childproof the entire environment. She appointed herself as a guard over my son and all of his friends.

It has been several years since we met Hyper and have never regretted bringing her home. She is a natural watchdog for such a tiny little critter without a tail. Although she is still stubborn and nothing gets past her, she has gained better manners throughout the years.

I grew to be impressed by this tiny Schnauzer and wouldn’t trade her for a million dollars.