I had a couple of dogs when I was younger, but since being with my wife, we had always had cats. At one point, we had three of them. I think we gravitated toward cats because they were easier to take care of. But after having children, we eventually learned that both of them were allergic to cats. So we decided that as our cats died off, we would not get any more.

About seven or eight years ago, we were down to one cat, and our kids started asking about getting a dog. We weren’t keen on the idea and didn’t really want the added responsibility of a pooch. But we told our kids we would at least consider the idea.

My wife, who rarely makes any big purchase without thoroughly researching it first, started scanning the web for information about shelter and rescue pets. Though we live in a fairly large city with an animal shelter, she somehow set her eyes on a pooch that had been given up by an elderly woman who couldn’t care for him anymore and was being fostered in a home about four hours away.

It turned out that the woman fostering the animal just happened to live along a route that we had planned to take for a summer vacation, so we decided we would stop on the way and check him out. My wife and I decided that if it seemed like a fit, we would stop and pick him up on our way back home from our vacation.

We told our kids that we were checking out the animal for a friend who was considering adopting it. We stopped to see the dog on our way to our vacation destination, spent about an hour with him, and then went on our way.

The day before we were set to go home from vacation, my wife sat down my daughters, who were 9 and 5 at the time, and asked them questions about the pet. She videotaped the whole thing, telling them it was for her friend. After a few minutes of questions, she changed course and asked the girls what they would think about taking the animal home with us. My daughters seemed confused. At first, they thought my wife was talking about taking it back to the city where we lived for the friend. But as my wife asked more and more questions, it started to dawn on them that she was asking about us keeping the dog.

Eventually, they caught on and were ecstatic about the prospect. We drove home the next day and stopped off to pick up our new pet, who was named Mojo. The Maltese-Bichon Frise mix (which is known as a “Maltichon”) was a sorry sight and badly in need of grooming, but everyone was happy to have him.

He turned out to be a great pet. He’s very well behaved and has enjoyed his forever home. Things haven’t always been easy. Mojo went blind a couple of years ago, and he has had some other health issues, but we wouldn’t trade him for anything in the world. 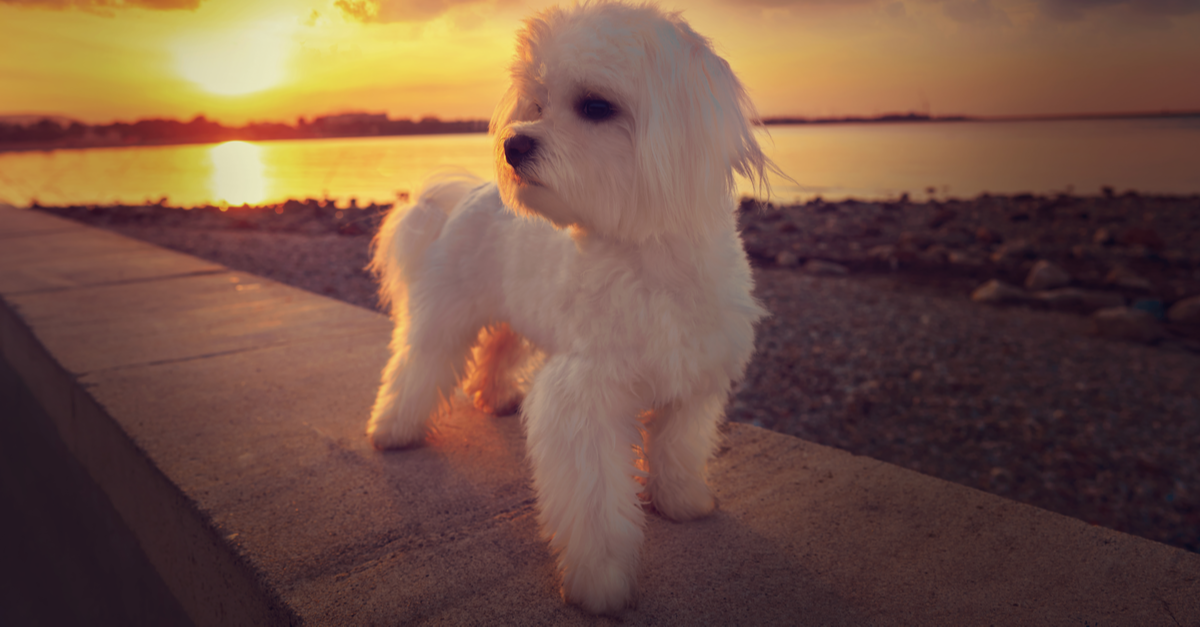 He was 3 years old when we got him and is now 10 and doesn’t seem to be in the best shape, so we don’t know how much longer we have with him. But we will always cherish the time and feel thankful that we decided to bring him into our home.