Me and My Dog Max During the COVID-19 Pandemic

Pets give us a companion. They play with us and they depend on us. It’s hard not to feel a connection to a pet. And they do help with loneliness and depression.

A great thing to have during a pandemic is an affectionate companion who wants to socialize with you. The main symptoms of depression are sleep disruption and less enjoyment of activities. So people who can’t sleep or find themselves less engaged in daily life - or who have others to whom they can’t relate - could use the help of a pet to lessen their anxiety. 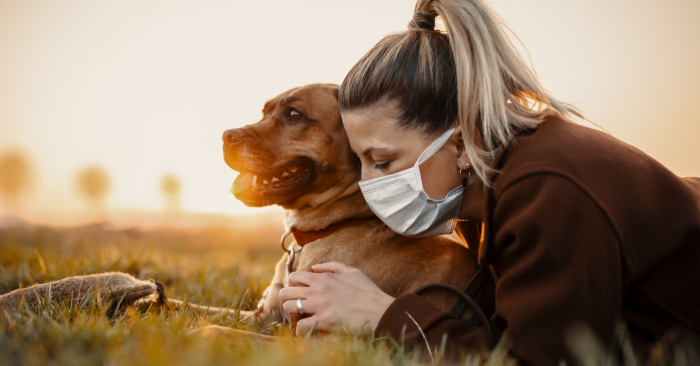 My dog Max and I have been on an indefinite quarantine for the past couple of months. I’ve tried to make this clear to him, but he doesn’t seem to get it.

He hasn’t adapted well during the COVID-19 pandemic. After all, it was a couple of years ago that Max was attacked by a bear in Montana (although that didn’t prevent him from doing an impressive job as a squirrel hound, during which he carted balls around an acre of forest). Unfortunately, these days he is unable to do any lifting. What’s more, he’s incredibly lazy. He’ll never touch a rock. When it rains, he won’t so much as step outside.

Since the house is typically very quiet, so even when we’re away, we’ve been trying to get Max acclimated to the commotion of life. We bought him an outdoor leash, and he’s surprisingly efficient, and stubbornly loyal, to a fault. But, by and large, he sleeps most of the time; and when he decides to move, you can hear him mumbling, and you can almost see him dreaming.

However, during these dog days of quarantine, we’ve gotten closer. We’ve shared looks and sunk into similar moods - as if we both know that what we’re going through is a shared experience. It’s hard to describe, but emotionally, I feel like he gets me more than ever. We’re all in this together, things aren’t great, but we both have to deal with it, and it’s our common bond.

Come to think of it, I can’t remember a time when we’ve been around each other in the house for so long. Our routines mirror each other, we eat around the same times, and I’ve got much more time to play around and socialize with him.

That being said, as I look at him now, he looks like a sad old Rambo, straggling around in the garden, then sitting silently in the corner. When the sun comes out, he’ll be the last one outside, but, eventually, we’ll get around to frolicking for a good 90 minutes. He doesn’t bark or jump, and he makes some grumbling noises regularly when something catches his attention.

We’ve tried a whole bunch of other dog-training tools: dog foods and toys, which I bought at a big-box store, and which seem to make him more eager to do something; water bowls and resistance bands, which I attempted with limited success; exercise, but he mostly shrugs off my attempts.

Maybe we’re just learning together about the new world we live in, but hey, we’ve always got each other, and that’s all that matters.