Princess versus the Sliding Glass Door

Like most dogs, my dog Princess loves to watch and chase squirrels. My house has a large three-panel sliding glass door that she and her younger dog-brother Niko love to sit and stare out of for hours on end. But one evening, when my wife and I had just gotten home with the pups, she darted straight through the closed glass door as if it were open.

Why? We can only guess - perhaps she saw a squirrel and thought the door was indeed open. 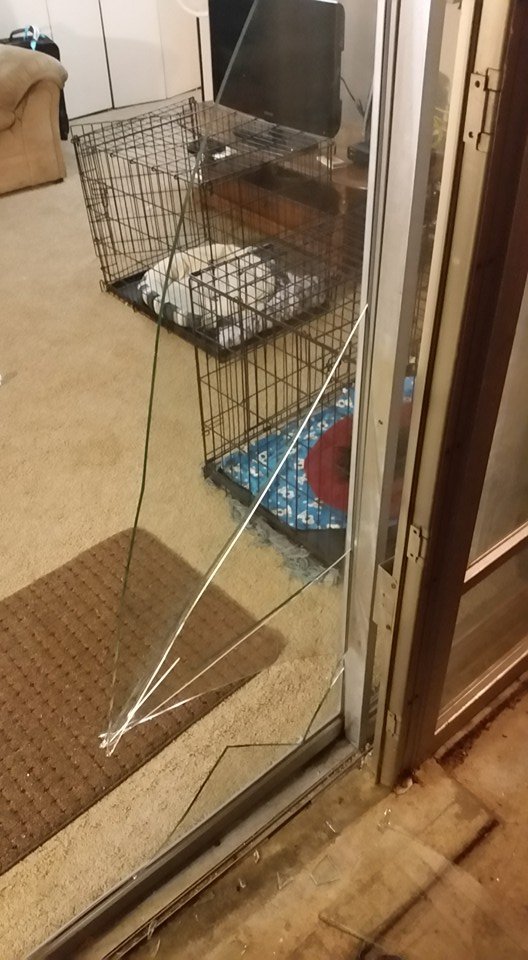 I didn’t get to witness Princess shattering through the glass door. I was still in the entryway when I heard Beth, my wife, yell out to me. I ran around the corner to her. It took a few moments for me to process the catastrophe.

Princess was outside, scared, and wanted to come back inside. Unfortunately, broken glass lay all over the back porch preventing my scared dog from getting back in. Niko was unsure of what to make of all the chaos.

Since we keep both dog cages by the door and thus they had broken glass in them, I told Beth to put Niko in a bedroom and close the door while I went out the front door and around the house to get Princess. Once both dogs were in the bedroom, I proceeded to clean up the glass.

I put most of the glass in a cardboard box - the pieces were quite huge. Beth called her dad as she watched me pick up broken glass, wondering what to do about the door.

Once Beth’s dad arrived, she went to the bedroom to check on the dogs. Her dog was okay - after all, he was just a witness. My dog, however, was not! She had a small gash - perhaps a half inch - on the top of her head. As small as it may be, it was pretty bad - you could see a bit of bright white, her skull! Thankfully, though, there was no bleeding.

Beth ran out of the bedroom to let me know Princess was injured. We decided that she needed immediate medical attention - after all, her skull was showing. Since it was late in the evening and already dark, we had to take her to the 24-hour emergency pet hospital (MedVet Dayton). 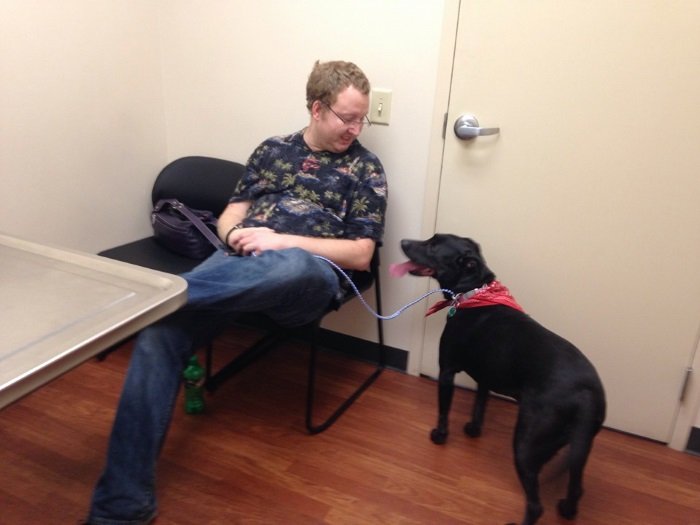 Princess and me at the vet

To Princess and Niko, this was just another fun car ride. That’s right, Princess, with her dog head hard enough to shatter glass, was as happy as ever. She had no idea her head was split open. She was just happy she was with the two humans she loved.

We didn’t wait very long at the emergency vet. It wasn’t super quick, either, maybe an hour. It turned out Princess had a couple cuts on her legs as well, but nothing too bad. The veterinarian who saw us disinfected my dog’s wounds stapled her head shut. Princess was still in good spirits.

We paid the bill - two hundred some dollars, ouch! - and headed home.

Once home, Beth again put the dogs in the bedroom while I finished picking up and cleaning the broken glass. I also removed any leftover glass from the still-standing door frame and put plastic sheeting up so there wasn’t a gaping hole. 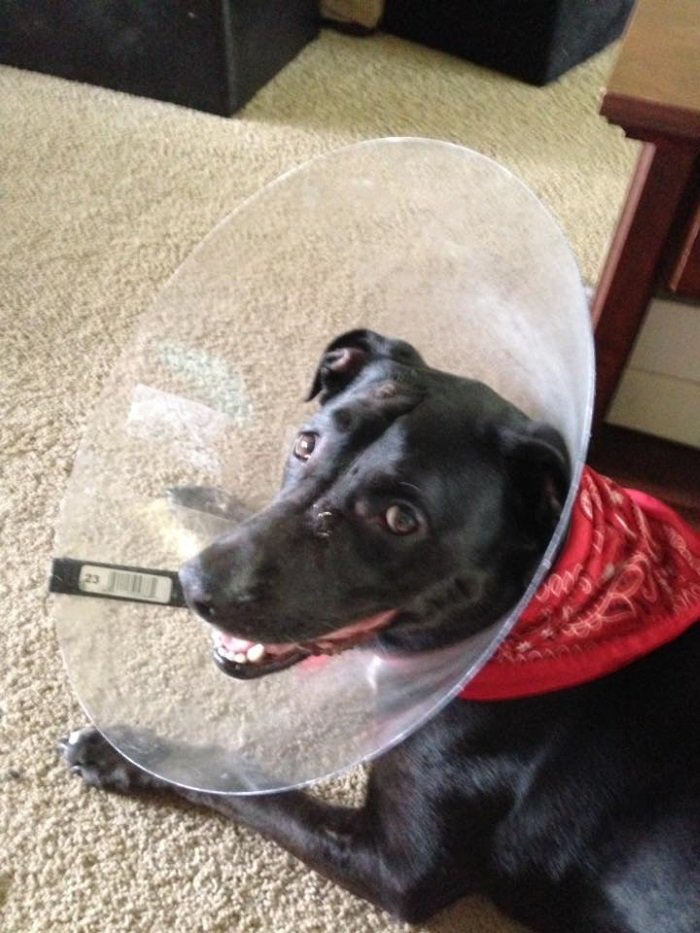 Princess in the cone of shame

We were able to get a new door installed in a matter of weeks. The old door wasn’t that energy efficient, so I often joke that my dog bought my wife a new, energy-efficient sliding glass door!

Thankfully everyone - pups, humans, and house - were okay and Princess hasn’t run through a glass door since. 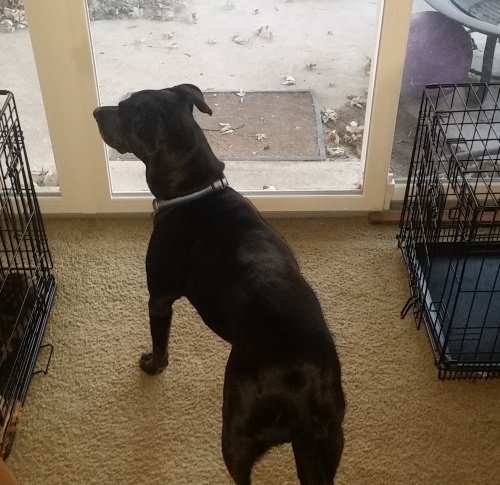 Princess looking out the new door

Note: This story actually happened before Beth and I were married and I lived with her. I changed these two facts to make the story flow better.

17 comments for Princess versus the Sliding Glass Door