Like most scary stories, this one begins in a dark and stormy night. Well, it was actually evening, but it was still dark and stormy. Princess, my 60-pound lovable pitbull mix and the first dog I ever owned as an adult, needed to go outside to do her business. So I let her out the back door. When I returned a few minutes later to let her back in, she was gone.

At the time, I had a fenced-in backyard. The gates were shut. She had escaped before - normally because someone had left a gate open - but she always immediately ran around to the front door. Those times, though, the weather was sunny. This time the thunder must have spooked her, so she was nowhere to be seen. 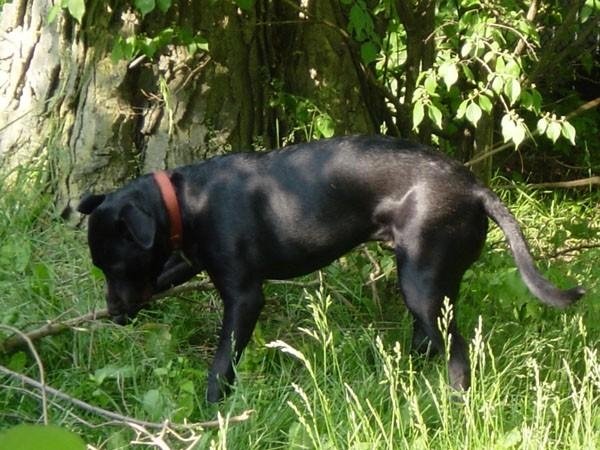 Princess in the backyard

I drove around my neighborhood, yelling her name through my open car window, in the rain, hoping to find her. Hoping she would run up, excited to see me, wanting to jump in the warm car.

I felt numb. I didn’t know what to do.

I retreated to my house to think. Will I ever see my dog again? At this point in my life, I’d had her for five years. And I’d had her since she was just over eight weeks old, so she’d known me almost her entire life.

I decided I would put an ad on Craigslist.

I was scared and numb, though. I didn’t know what to write. What I ended up writing sounds childish, sad even, so it best expresses how I was feeling:

My dog ran away and she really means a lot to me. She answers to the name Princess and knows how to sit. She has a red collar on but unfortunately her dog tags fell off. I live around where [road] ends into [other road]. Please call me at [phone number] if you find her. I really hope I get to see her again.

After I posted the ad on Craigslist and making sure the sound was on my phone was on, I went to bed. I didn’t sleep. I couldn’t sleep. I never missed my dog so much in my life.

There had been times when I had to head out of town and leave her at a kennel. I missed her then, certainly, but at those times I knew I would see her again. This time, however, I didn’t know if I would ever see her again.

A few minutes into lying on my bed, my phone rang. Did someone find Princess? I sat up and looked at my phone. I didn’t recognize the number - but the area code was the same as mine. This was definitely promising!

I whole-heartily thanked them and eagerly looked up this post on Craigslist.

I called the number on the post. Thankfully they answered the phone right away. Princess had ended up on the front door of someone else’s house just down the road, and this kind soul had let her in from the storm.

I hopped in my car and drove the road, excited to see my Princess. The house was easy to find, and the people answered the door right away. I carried Princess to my car (no small endeavor as she’s 60 pounds!) and went home. 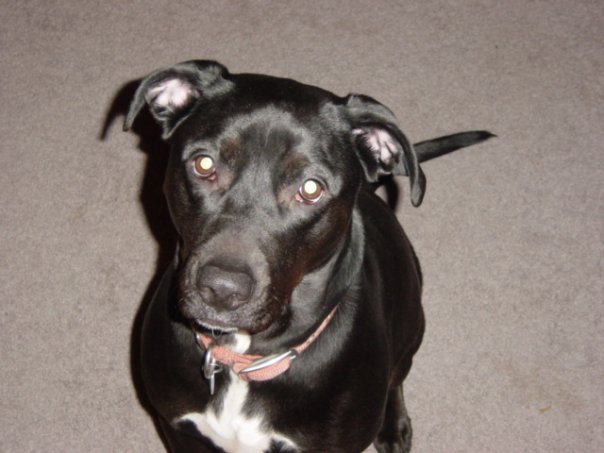