Has anyone ever had something you’ve loved your entire life?

For me, all my life I’ve loved dogs. My earliest memories involve a dog. I met my wife because of our mutual love for our dogs. I get excited every time I see a dog. I think all dogs are puppies.

With that in mind, I want to talk about the three major dogs I’ve had in my life.

The first dog in my life was Lobi. He was a German Shepherd and was probably as old as I was. I really liked just being around him, either lying next to him or even directly on him. 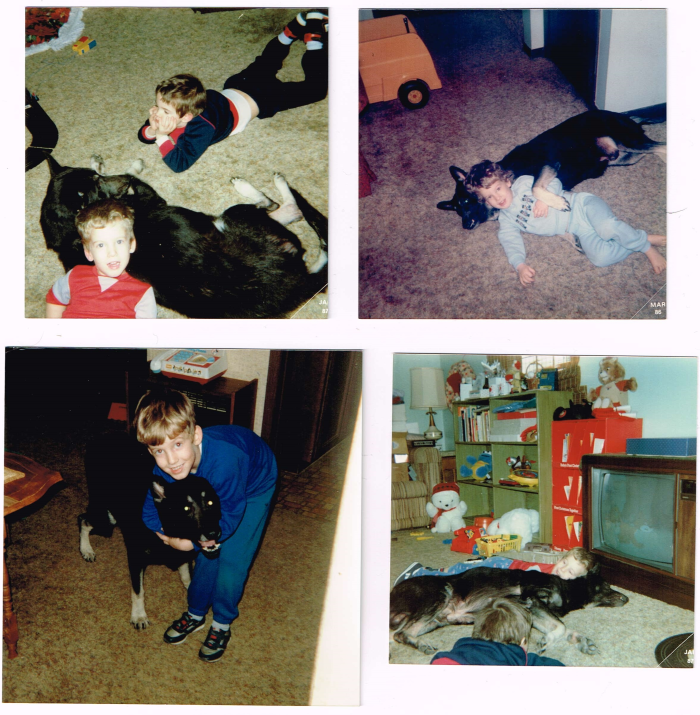 It’s odd, but the thing I remember most about him was his death. He probably died around the year 1990, while I had barely begun elementary school. My two older brothers and I had to dig his grave in the backyard, and I still remember how hard the Ohio clay ground was. I remember everyone standing around his grave with someone reading a Bible verse while his casket was in the grave.

Us three boys wrote on his gravestone a memorial. Since I didn’t really know how to write yet, I wrote made-up symbols that I insisted were a “dog language.”

The second dog in my life was Ranger. He, too, was a German Shepherd. We got him after my mother remarried and had my little brother, but before she had my little sister. He was actually a birthday present for my step-dad’s 35th birthday in March of 1994. 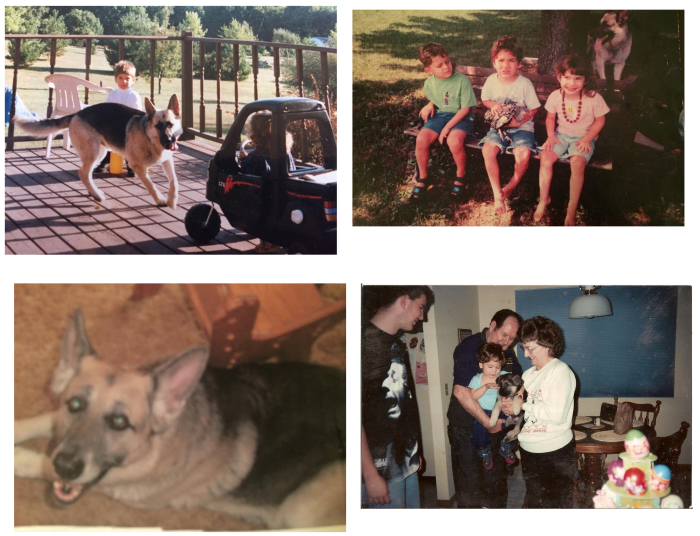 We lived on a five-acre lot, and while Ranger spent time both indoors and outdoors, he seemed to venture far off in his time outside. I remember calling him to come inside, and after a few minutes, you could hear the jingle of his collar in the distance. After a few more minutes of hearing the jingle of his collar get closer and closer, he’d finally make it to the door and come inside.

He lived for about eleven years.

The third and present dog in my life is Princess. Unlike the first two dogs, Princess is not a purebred. Instead, she is an “accident” from a pit bull and a golden retriever spending a little too much time together. She’s been a lot different than the previous two dogs. For starters, she’s the first dog that’s been my responsibility. She’s the first dog I got as an adult. 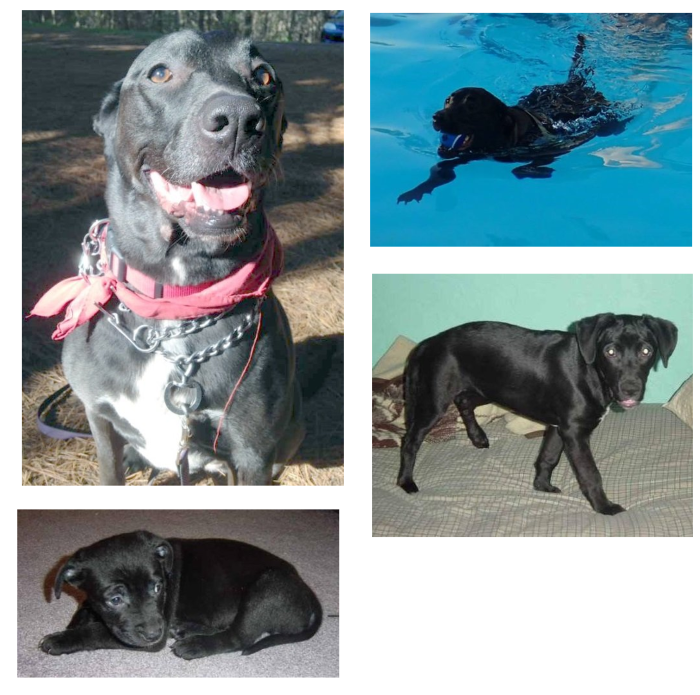 As far as how I got her. My brother and I had been living together in an apartment after he came home from the army. After our great-grandmother passed away, we inherited her house and moved into it. My brother looked at me one day and asked if I wanted to get a dog.

He knew someone who’s dog had an accidental litter. So we went over to the person’s house to check out the puppies.

I don’t remember exactly why I settled on Princess, but I remember she was the smallest of the litter. I wanted to take her home right away, but my brother and the owner said I couldn’t since she wasn’t quite eight weeks old yet. So I had to wait a little while longer to get her, but she’s totally been worth it!

Princess has been quite a handful. One time, she ran straight through Beth’s sliding glass door, shattering the glass. She sheds and her hair gets everywhere - a swear I cracked open a boiled egg once only to find one of her hairs inside! When it’s cold, she prefers to sleep underneath the covers. She loves to chew on things regardless if she’s allowed to or not - and I swear she knows what she’s allowed to and what she’s not because she hides when she’s not allowed and lets you inspect what she is.

Dogs have been something I’ve loved all my life. Their unconditional love and unwavering loyalty have influenced the way I live. They helped me meet my wife. I hope to one day share my love of dogs with my son.