At the end of summer, several pools in my area host dog swims before they empty the pools for the winter. One such pool, the Vandalia Cassel Hills Pool, hosts this event on Labor Day each year. This particular pool calls their event the Soggy Doggy Dip.

Cassel Hills Pool’s Soggy Doggy Dip is affordable - only $5 per dog. Humans are free. Of course, there are rules: a maximum of two dogs per owner, all dogs must display and valid license and be current on their rabies vaccinations. Owners are responsible for cleaning up after their dogs, and aggressive dogs are not allowed.

Cassel Hills Pool is large, z-shaped public pool operated by the city of Vandalia. The area is also fenced-in, so we didn’t have to worry about our dogs running off. There is also plenty of grassy area for our dogs to do their business when they needed to. The entry to the pool is through separate male/female shower rooms you’d expect to see at a public pool, although for the Soggy Doggy Dip everyone entered through the female shower room.

My wife and I have two dogs - Princess, a pit bull/golden retriever mix who absolutely loves swimming, and Niko, a cockapoo who isn’t so sure about the water.

As soon as we entered the pool area and Princess immediately wanted to swim in the pool. Unfortunately for her, we had to sign in first, and she did not like waiting in line while in view of the pool - she whined the whole time.

Niko, on the other hand, was more stressed by the crowd of people and other dogs. He’s very protective of his mom (aka my wife) and, although he won’t admit it, the other members of his household as well.

After we signed in, I let Princess off her leash, and, not surprisingly, she went straight to the pool. She doesn’t exactly know how to jump in a pool - she just sort of falls in. However, by the end of our visit, she would jump in whenever I through a ball into the pool.

Although the swim was for an hour and a half from 6 PM through 7:30 PM. we only spent about 45 minutes at the swim. Although she didn’t want to go, I could tell Princess was getting worn out. Also, she’s about to turn 11 years old in October, so technically she is a senior dog. As far as she is concerned, she’s still a puppy.

I haven’t forgotten about Niko. He spent all his time with his mom. Being a cockapoo, he’s a much smaller dog - under twenty pounds. So they spent some time at the kiddie pool section. 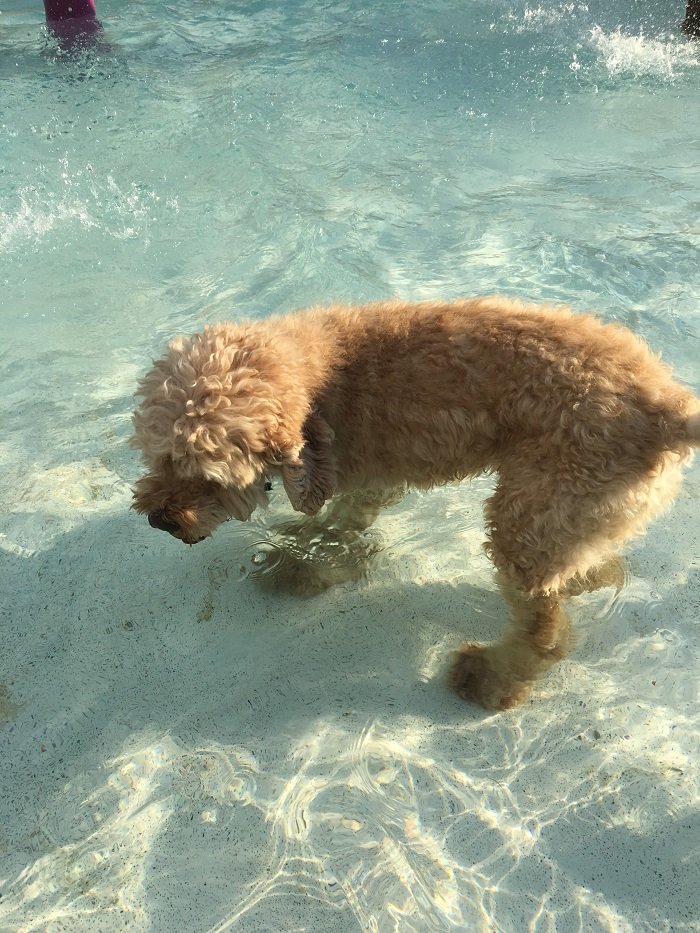 Niko in the kiddie pool.

They did come over to visit me and Princess in the larger pool, and I carried him into the pool some. I don’t know what he liked less - being in the pool or being separated from his mom. 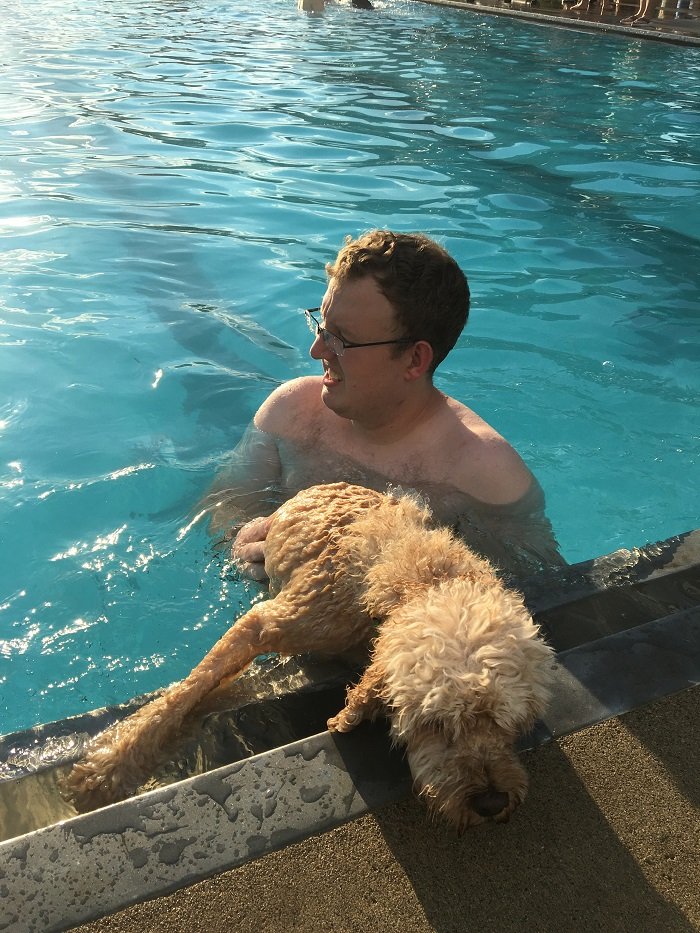 Does your dog enjoy swimming? Have you ever taken your dog to a public pool in order to swim?